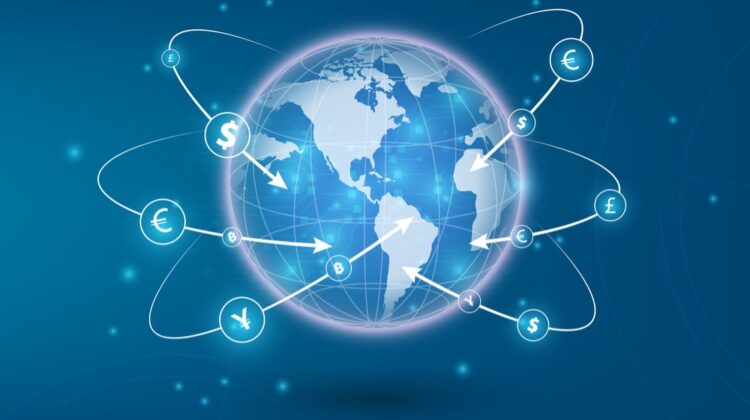 Remittances are a lifeline to many people globally, and the rise of technology trends is only bolstering their use case. In 2020, the year of the pandemic, money transfers to low and middle-income nations, in particular, came in at $540 billion. That was just shy of the $548 billion reached in the year before the health crisis, indicating how much migrant workers and their families rely on this form of sending payments for survival.

Digital technology has paved the way for people to send money faster and cheaper, as digital payment options in relevant remittance corridors have risen every quarter for the past six years, according to the World Bank. We thought now would be an excellent time to explore some of the technology trends that are changing how remittances work worldwide.

Traditionally, people who wanted to send money transfers to their loved ones back home had to do so by visiting a financial institution or another brick-and-mortar service provider. However, digital technology has introduced “peer-to-peer e-commerce,” where people, including migrants, can send payments abroad at a fraction of the cost and time than would otherwise be possible.

All that is needed to accomplish this is a device such as a mobile phone, tablet, or computer, an internet browser or third-party application, and a payment method, such as a bank account, mobile money, or digital assets/cryptocurrencies, for example.

While digital remittances are sent digitally, they are still retrieved in the form of cash more often than not, which adds to the costs of the transaction. However, the rise of digital remittances has still slashed the average cost of sending money transfers considerably. Chart by The World Bank

Money transfer organizations (MTOs) are increasingly going digital. The trend of digital MTOs has been accelerated by the pandemic when more people have opted for digital money transfers over cash. Digital MTO transactions are funded in several ways, such as bank accounts, mobile money, and digital assets/cryptocurrencies. Still, most of the time, these transactions are facilitated through either a debit or credit card, according to a report by card giant Visa.

The remittance industry’s competitive landscape shifted when digital MTOs entered the fray, as it placed a fire under the feet of existing MTOs to integrate digital capabilities just to keep up. Money transfers are increasingly sent outside of the traditional banking rails. Consumers have been the ones to benefit, with features such as faster money transfers, lower costs, and greater transparency. As a result, people in developing economies receive their funds more quickly than before, thanks to digital MTOs.

There are still pockets of the world where people do not have access to the internet. For example, the West African nation of Togo has an internet penetration rate of less than 26% as of early 2022. To help with remittances during the pandemic, the government of Togo created a digital payments platform dubbed NOVISSI in a little over a week. NOVISSI is designed to support direct cash transfers, paving the way for recipients to receive payments in two minutes via a mobile device despite a lack of Wi-Fi access.

With such weak internet access, Togo’s payments platform harnessed voter identification data, satellite imagery, mobile phone metadata, and a one-two punch of artificial intelligence and machine learning to spot the poorest segments of its population. The government sent $34 million to those who needed it the most – comprising 25% of the nation’s adult population — in a dual-phase rollout of the program.

Money transfer apps have introduced a new way for consumers to send funds with the touch of a button without the need for a traditional bank. The industry has been flooded with hundreds of fintech apps that support cross-border payments using an internet connection to deliver the funds.

Thanks to money-transfer apps, migrant workers and others can trace the funds they send abroad until they are received, sometimes in near real-time or on the same day.  Consumers have flocked to these apps for the flexibility and convenience they have to offer.

Blockchain technology and the digital currencies that run on it have revolutionized the payments industry, including remittances. Bitcoin, the first cryptocurrency introduced in 2009, runs on the Bitcoin blockchain and does not require an intermediary to complete payments. Instead, payments are sent peer-to-peer from one digital wallet to another. Since bitcoin’s launch, thousands of cryptocurrencies have emerged. Considering no third party is involved, the costs are a fraction of what they would otherwise be, and payments are completed in near real-time.

The decentralized nature of cryptocurrency payments means that there is no entity to contact when something goes wrong. So, those funds are lost if someone attempts to send crypto funds to a receiving party in another country but uses the incorrect digital wallet address. In addition, regulatory oversight has yet to be formalized in countries around the world, and therefore consumers must look out for themselves. Users should be alert to any potential scams and cybersecurity threats on their own.

Having said that, financial institutions are increasingly embracing the blockchain and even cryptocurrencies. JPMorgan, the biggest U.S. bank based on assets, recently completed a cross-border transaction on the blockchain in the decentralized finance (DeFi) market. The transaction also involved the Monetary Authority of Singapore’s (MAS) Project Guardian test program. A couple of blockchain protocols were also involved, including Aave and Polygon.

The project’s primary goals were to introduce “regulatory safeguards and controls” to curb “market manipulation and operational risk,” according to the Aave team. The transaction could pave the way for more banks to participate in DeFi money transfers.

Technology is always evolving, so there are sure to be new and exciting technology trends ahead that will continue to change how remittances work.

Hey! I’m Cathy a mother of two beautiful girls and a Marketing Manager working from home. I enjoy the flexibility that working from home allows. When I’m able to set my hours, it helps me stay focused on a task and track my productivity. Read More…

Hey! I’m Cathy a mother of two beautiful girls and a Marketing Manager working from home. I enjoy the flexibility that working from home allows. When I’m able to set my hours, it helps me stay focused on a task and track my productivity. Read More…